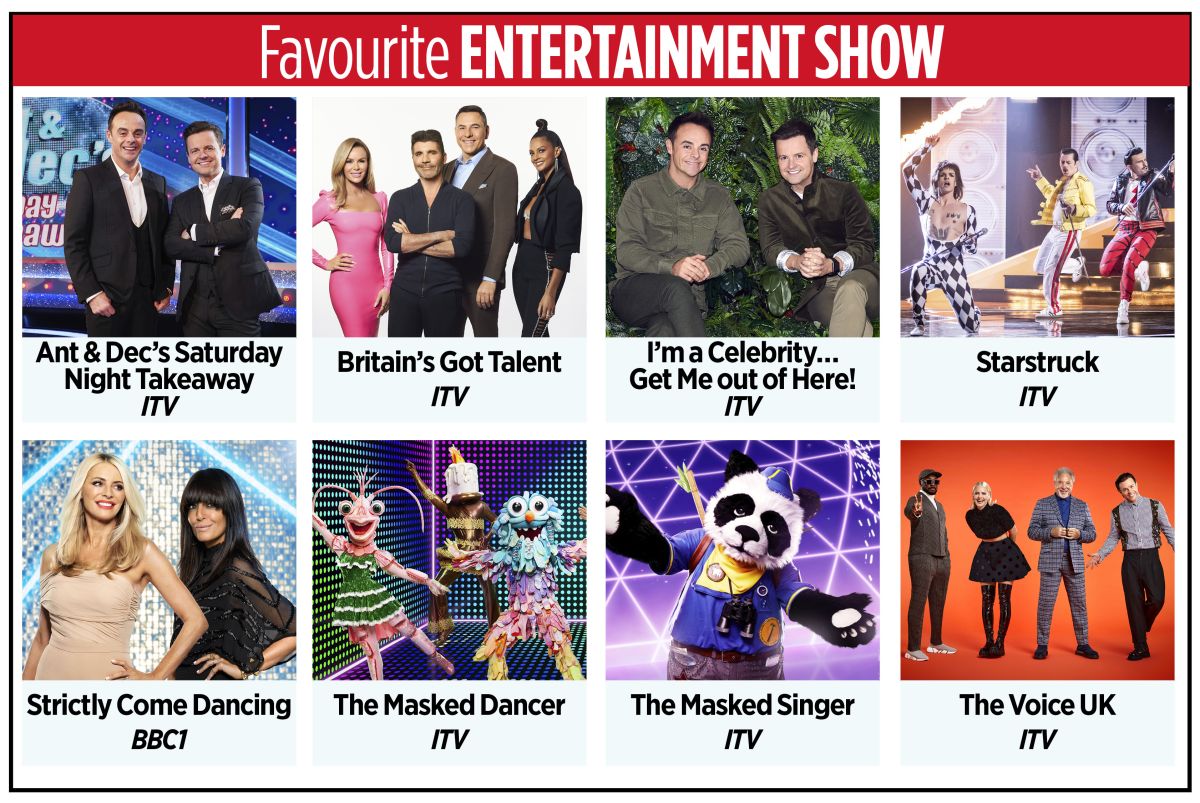 It’s been another great year for TV and what better way to celebrate all your favorite shows than with the launch of our annual TV Times Awards? !

Saturday night takeout is family entertainment at its finest. Not only does it feature the legends Ant and Dec, but it also has something for everyone. Hilarious skits and massive giveaways to celebrity guests, it’s no wonder this show has been around since 2002.

Just when you think you’ve seen it all on England has an incredible talent, a new series of the series comes with a new act that will shock and surprise even the most loyal fans. With Simon Cowell, Amanda Holden, Alesha Dixon and David Walliams on the judging panel and Ant and Dec hosting the show, it’s easy to see why it’s been going for 15 seasons.

I’m a celebrity… Get me out of here! —ITV

There’s something about seeing a bunch of terrified celebrities jump out of a helicopter and into a jungle (or a castle for the past two years!) that gets the nation talking. For the past 20 years, there hasn’t been a water cooler in the country that hasn’t talked about Bushtucker Trials and witchcraft larvae around it, and celebrities arguing over the lack of food or cry over messages from home, fans just can’t get enough.

Starstruck is the newcomer to this category, only landing on our screens this year, but it arrived with a bang. Featuring animation by Olly Murs, the talent show sees superfans shed their normal selves and transform into their musical idols. And with Adam Lambert, Sheridan Smith, Beverley Knight and Jason Manford on the panel, what’s not to love?

Come dance strictly has been delivering glitz, glamor and fake tans to our screens since 2004 and the BBC One juggernaut shows no signs of stopping. UK audiences can’t get enough of celebrities stepping out of their comfort zone and showing off their footwork on the dance floor, and with Craig Revel Horwood, Shirley Ballas, Motsi Mabuse and Anton Du Beke each contributing their expertise at the show every weekend, fans couldn’t love him more.

Just when you thought Saturday night entertainment couldn’t get any better, has arrived The Masked Dancer. This crazy show sees celebrities show off their dance moves in front of an audience and a jury…but the twist? They are completely covered in elaborate costumes so no one knows who they are. Genius!

The sister show at The Masked Dancer is The Masked Singer, which is just as bonkers and brilliant. Led by Joel Dommett, the show sees masked celebrities sing tunes in front of a panel, leaving Mo Gilligan, Jonathan Ross, Davina McCall and Rita Ora guessing who’s underneath the stunning costumes. All together now… “Take it off, take it off!”

The Voice UK has been on our screens for a decade, and what a brilliant concept it is… having coaches Anne-Marie, Olly Murs, Tom Jones and will.i.am pick all the singers they want on their team listening only to their voice. Things then get competitive when after weeks of blind auditions, battles and semi-finals, only one winner can be crowned champion of The voice.