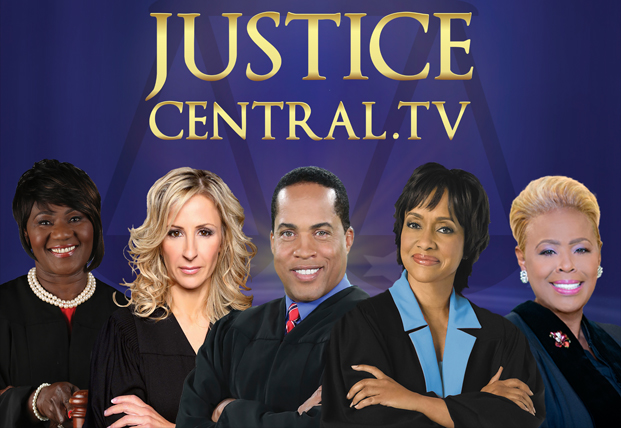 Byron Allen’s Entertainment Studios has ordered an additional 130 episodes for each of its five courtroom series for the 2018-19 TV season, totaling 650 half-hours. Get this big influx are America’s Court with Judge Ross, Justice for All with Judge Christina Perez, Supreme Justice with Judge Karen, Justice with Judge Mablean and The verdict with Judge Hatchett.

“Eight years after the launch of our first legal series America’s Court with Judge Ross, our viewers continue to enjoy some of the best short-course programming available,” said Allen, Founder, President and CEO of Entertainment Studios. “Whether in broadcast syndication or on our 24-hour HD JusticeCentral.TV network, the investment to produce these additional 650 new episodes demonstrates our commitment to being the premier producer of high-quality television justice programming – and our unwavering confidence in this strong and engaging network.

Here are details on the five shows getting more episodes, with descriptions provided by Entertainment Studios:

THE COURT OF AMERICA WITH JUDGE ROSS
Nominated for an Emmy Award, it’s the next generation of courtship shows. Justice Ross shows litigants how they can manage their differences responsibly and understand the consequences of their actions. America’s Court with Judge Ross premiered in the fall of 2010.

SUPREME JUSTICE WITH JUDGE KAREN
A twice-elected Miami County Court Judge, Judge Karen Mills-Francis is known for her feisty, lively personality and passionate advocacy for families and children. Supreme Justice with Judge Karen premiered in the fall of 2013.

THE VERDICT WITH JUDGE HACHETT
Two-time Emmy-nominated host Judge Glenda Hatchett presided as a judge on “Judge Hatchett” for a total of fourteen seasons on air. “Judge Hatchett” won a Prism Award for Best Unscripted Nonfiction Series or Special for Television. Verdict with Judge Hatchett premiered in the fall of 2016.