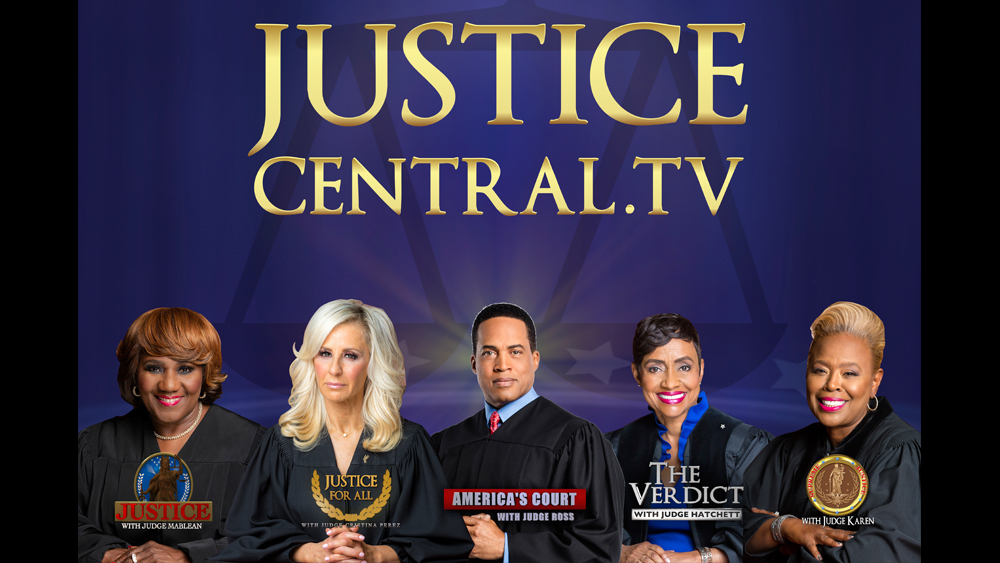 Byron Allen Entertainment Studios have renewed five of the studio’s syndicated short series for the 2020-21 season. The renewals, announced at NATPE, consist of 650 new half-hour episodes for the 2020-21 season, with immediate effect. The renewed series are America’s Court with Judge Ross, entering its 11th season, Justice for All with Judge Cristina Perez, Supreme Justice with Judge Karen, Justice with Judge Mablean and The verdict with Judge Hatchett. All are broadcast in syndication in 90% of American television markets and on the ES JusticeCentral.TV network.

“Ten years after the launch of our first series of short America’s Court with Judge Ross, our viewers continue to enjoy some of the best short-cut shows available, ”said Allen, Founder, President and CEO of Entertainment Studios. “Whether in broadcast syndication or on our 24 hour HD network JusticeCentral.TV, the investment to produce these additional 650 new episodes shows our commitment to be the largest producer of high quality television programming for the courts. – and our unwavering confidence in this solid and engaging genre.

Here are the details of the five series:

THE COURT OF AMERICA WITH JUDGE ROSS – Nominated for a Daytime Emmy Award, this is the next generation of field shows. Judge Ross shows litigants how they can handle their disputes responsibly and understand the consequences of their actions. America’s Court with Judge Ross created in the fall of 2010.

JUSTICE WITH JUDGE MABLEAN – Nominated for a Daytime Emmy, Judge Mablean, who presided as a judge Divorce court for seven seasons (1999-2006). Justice with Judge Mablean created in the fall of 2014.

THE VERDICT WITH JUDGE HATCHETT – Judge Glenda Hatchett, two-time Daytime Emmy nominee, presided over Judge Hatchett for a total of 14 seasons on the air. Judge Hatchett won a Prism Award for Best Non-fiction or Unscripted Special on Television. The verdict with Judge Hatchett created in the fall of 2016.