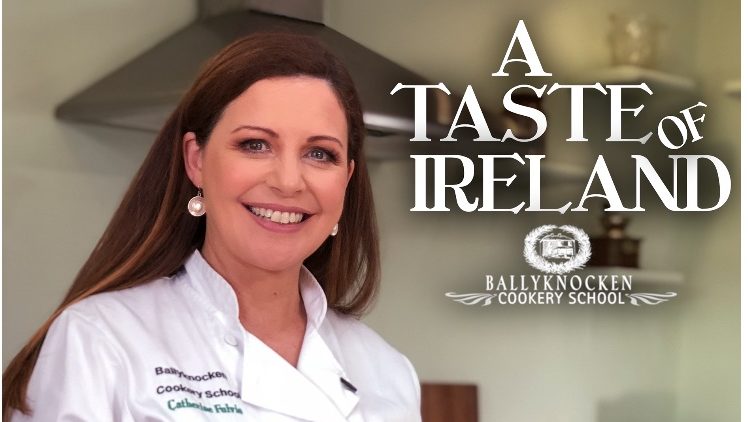 Catherine Fulvio is nominated for “Outstanding Culinary Host” for “A Taste of Ireland: Ballyknocken Cookery School”

Created and produced by Emmy Award-winning producer Entertainment Studios, Lisa-Renee Ramirez, A Taste of Ireland: Ballyknocken Cooking School features the famous Irish TV chef and author of several cookbooks hosting his Ballyknocken Cookery School in Ashford County Wicklow, Ireland. It is here that Catherine creates recipes with the freshest ingredients from artisans in the local town, as well as from her bountiful garden set in 450 acres of lush Irish pasture. In the quaint town, Catherine introduces us to fishmongers, butchers and sheep herders, for a first-hand experience of seasonal Irish cuisine and other savory delights from the Emerald Isle.

“We are thrilled with this Daytime Emmy nomination and grateful to the members of the TV Academy who recognize the quality of our programming,” said Byron Allen, Founder/President/CEO of Entertainment Studios. “People love watching step-by-step recipes and I’m so proud of Catherine Fulvio for bringing the joy of our Recipe.TV network and all of her great recipes to viewers nationwide.”

“Host Catherine Fulvio creates culinary magic at her Ballyknocken cooking school,” said Lisa-Renee Ramirez, Executive Producer of Recipe.TV. “Catherine’s recipes and stories give our Recipe.TV viewers a taste of her home… A taste of Ireland!”